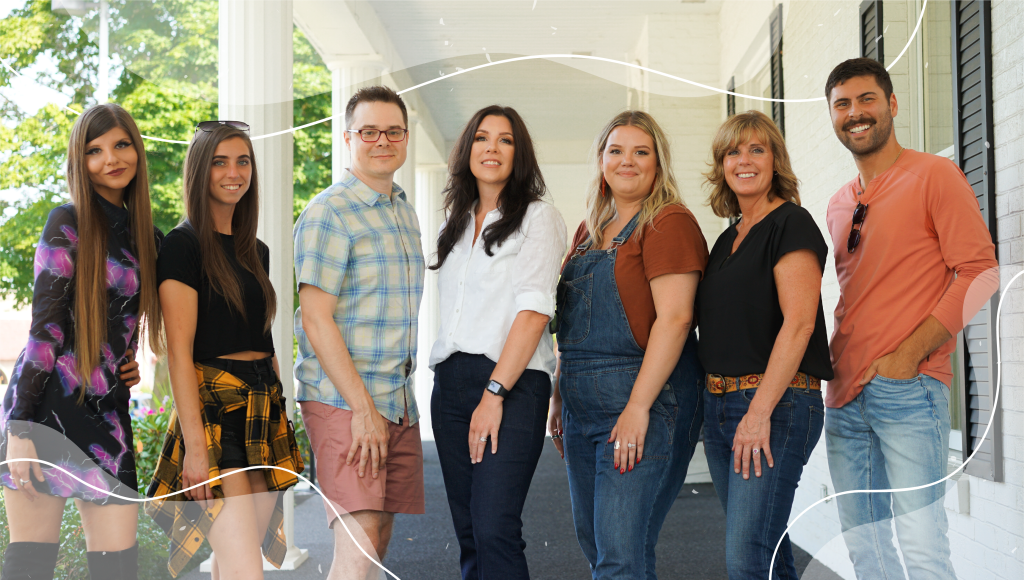 The Company You Keep

Right before Leverage found me, I was grieving the death of a dream. Whoever said your career will never break your heart obviously hasn’t been around for long, because this breakup had me eating ice cream at 3 a.m. and looking at old texts. But I’d like to think I ended up right where I need to be.

Last year, I was hired for an opportunity that seemed to be handcrafted by the Universe just for me, which floated like a feather into my lap. It involved traveling with my boss around the West Coast for a year, visiting national parks and Native American reservations, on a school bus converted into a nomadic home on wheels. It combined three of my favorite things: travel, nature, and learning about native cultures. Also, writing. Of course, writing.

It was a dream that dissipated little by little as the departure date was pushed back further and further. I signed up for this adventure right before it became clear that COVID was going to be much more than just a fleeting affair. By spring, I’d been cooped inside for a year, with minimal contact with friends, closed off from things that made me happy, sitting with these dashed hopes that I was left to wallow in. Needless to say, my mental health wasn’t the best. Humans need something to look forward to, and without that, it feels like floating in the middle of the sea with no bodies of land in sight.

Sure, I learned to embroider and discovered new music, and finally got around to watching those pretentious artsy films that people praise as classics but are never actually as good as they’re claimed to be (looking at you, Taxi Driver). But I was coming out of quarantine with what felt like a perhaps permanent disconnect from humanity, a lingering question of will things ever feel normal again?

I joined Leverage right as I got the vaccine and the world started opening back up. It felt like finally feeling sunlight again after living in an underground bunker for months.

I was surrounded by laughter and chatter and welcomed with donuts. I remembered what it’s like to feel like a person again. There was something I’d missed for so long, since college, that maybe doesn’t have a word. It’s being surrounded by people who maybe aren’t your best friends, but always check to make sure you’re okay and ask how your weekend was. A group of people who know your quirks and mannerisms and accept it all. They’ve created an environment where if you’re having personal issues, you’d rather be at work than sitting at home because they’re there to listen. “Everyone has cried in this office,” I was told, with the exception of Joe, to which he responded, “I just cry in the bathroom.”

I told Sam, my first month at Leverage, I smiled more than I had in the entire past year (which to be fair, is a very low bar). It felt as though I’d known these people for ages. I was instantly accepted and even asked to hang out, with such readiness that I thought, “Wow, I’ve fooled them into thinking I’m cool.”

This isn’t something I like to divulge often, but I’ve had a perpetual sense of not belonging and of being on the outside looking in. Never once did I feel that way at Leverage. I’m naturally timid, but they brought me out of my shell. They included me in conversation and didn’t talk over me. Several people mentioned to me, “It’s a place where you can actually be yourself.” I didn’t anticipate the accuracy of that statement. Several people had nose piercings; one person had heavily tattooed arms. Personal style isn’t discouraged via strange corporate standards. Conversations are fun, and we can sometimes get distracted for an hour, but we always make up the lost time. We have inside jokes and collaborative Spotify playlists. We quote SpongeBob and complain openly about lady problems (sorry Joe).

Right away, Missy told me that this was a place to learn and make mistakes. As someone entirely new to the world of marketing, it was the ultimate comfort. There’s been a number of jobs where it’s easy to feel more like a lackey than a human being. Efforts go unacknowledged. Here, they nearly use “I appreciate you” as a form of punctuation. There’s much to be said for how transformative and healing it can be to have a positive work environment with a boss who cares about her employees. It can’t be overstated how important it is to like the people you work with.

There are probably few experiences as dramatic as mine, in which a new job feels like a rope thrown down to pull yourself back up onto land. But it’s the most understanding work environment I’ve had. Seeing everyone complain about how their job sucks the life out of them, how companies prioritize productivity over personhood, especially at entry levels jobs, I was prepared for an entirely different reality. Thing is, it doesn’t have to be like that. We don’t have to live in a world where we get a pit in our stomach driving to work. We don’t have to say things like “You should not confide in your boss” because we’ve been jaded by the dark aspects of capitalism.

Vulnerability and being seen

Actually, you should make connections at work. You should have moments of vulnerability. Connections are a vital part of being human, and we shouldn’t further harden ourselves in a world where modern society takes so much of who we are away. Everyone deserves a workplace where they feel appreciated and like they belong, without hiding aspects of themselves. The way authentic connections are valued is clear here; people who formerly worked here, or now only do part-time, meet up with everyone on a regular basis and maintain friendships. There’s such loyalty that grows from treating employees like family that so many companies fail to pick up on.

We can indeed like where we work, even look forward to it. I think a change is coming with this generation. It starts when we uplift companies that are known to value kindness and respect. Young workers are realizing the importance of mental health in regard to productivity, and we’re gravitating toward (and becoming) leaders with empathy. We need to ask ourselves about the place we work: do I like who I am when I’m here? If this past year has taught us anything, it’s that we are social creatures, and liking the people you spend the most time around is kind of important. I didn’t get my free-spirited movie protagonist adventure, but I get to work somewhere I feel valued, and that’s pretty great too.